THE DAY WE WONDERED WOULD EVER COME. Joe Biden did it - he defeated Donald Trump. How? Phoebe, a sweet dog, and Mr. O, her fellow backyard political pundit and an optopossumistic opossum, credit Biden as perhaps the single politician that could unify warring Democratic Party factions along with other groups, such as Republican Donald Dissidents. But there are also thousands of heroes, whose names we'll never know, who crafted new grassroots politics. As for Trump personally, maybe the harshest possible punishment occurred today, when he became one of history's greatest losers. CLICK HERE for their blog. 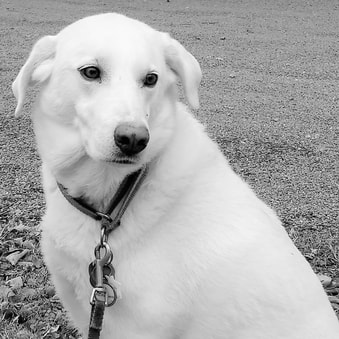 Phoebe is widely regarded as a "sweet" dog. It's what a veterinarian wrote when he first examined her after she was brought to Rhode Island from Missouri at age 6 months, and it's the first thing people say when they meet her on the street.
She came to Newport in 2012 to live with her humans - The Nice One and The Grouchy One - at age 2 and would have remained blandly non-political but for the threat Trump poses to democracy and the planet. What could an ordinary citizen do? She wasn't a fetch-the-ball type and hardly a guard dog. But she could write, and  so she started a blog, of which she's  the principal author. 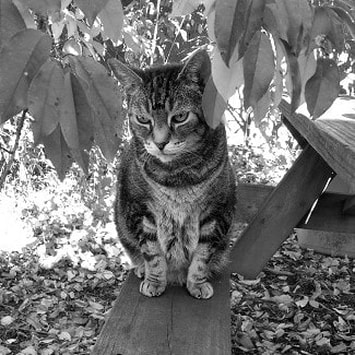 Cat, a cat, was Phoebe's co-author. He died Nov. 14, 2019.  His contribution was to keep the liberal and often over-the-top Phoebe sensible and on course, making sure she focused on results. He is remembered in every posting, and missed.